The U.S. Department of Agriculture’s Animal and Plant Health Inspection Service (APHIS) has confirmed the presence of box tree moth, Cydalima perspectalis, in the continental United States and is taking action alongside state partners and industry to contain and eradicate the invasive pest that was imported on nursery plants shipped from Ontario, Canada.

The box tree moth can significantly damage and potentially kill boxwood plants if left unchecked.  Between August 2020 and April 2021, a nursery in St. Catharines, Ontario shipped boxwood (Buxus species) that may have been infested with box tree moth to locations in six states—25 retail facilities in Connecticut, Massachusetts, Michigan, New York, Ohio, and South Carolina—and a distribution center in Tennessee. At this time, the pest has been identified in three facilities in Michigan, one in Connecticut, and one in South Carolina, and APHIS is working with state plant regulatory officials to determine whether other facilities may be impacted.

On May 26, 2021, APHIS issued a Federal Order to halt the importation of host plants from Canada, including boxwood (Buxus species), Euonymus (Euonymus species), and holly (Ilex species). In addition, APHIS is coordinating closely with the affected States to:

These immediate measures are focused on protecting the economic viability of the thriving U.S. boxwood industry as well as nurseries and other establishments that sell these plants wholesale and direct to consumers.

The box tree moth is native to East Asia and has become a serious invasive pest in Europe, where it continues to spread. In 2018, it was found in the Toronto area of Canada. The caterpillars feed mostly on boxwood and heavy infestations can defoliate host plants. Once the leaves are gone, larvae consume the bark, leading to girdling and plant death.

Members of the public can prevent the box tree moth from spreading. Please allow State or Federal agricultural officials to inspect your boxwood trees and place an insect trap if they visit your home. If you bought a boxwood plant within the last few months, please inspect it for signs of the box tree moth and report any findings to your local USDA office or State agriculture department. Here are some signs to help identify the presence of box tree moth:

Egg mass under the leaves: 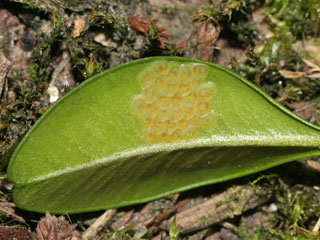 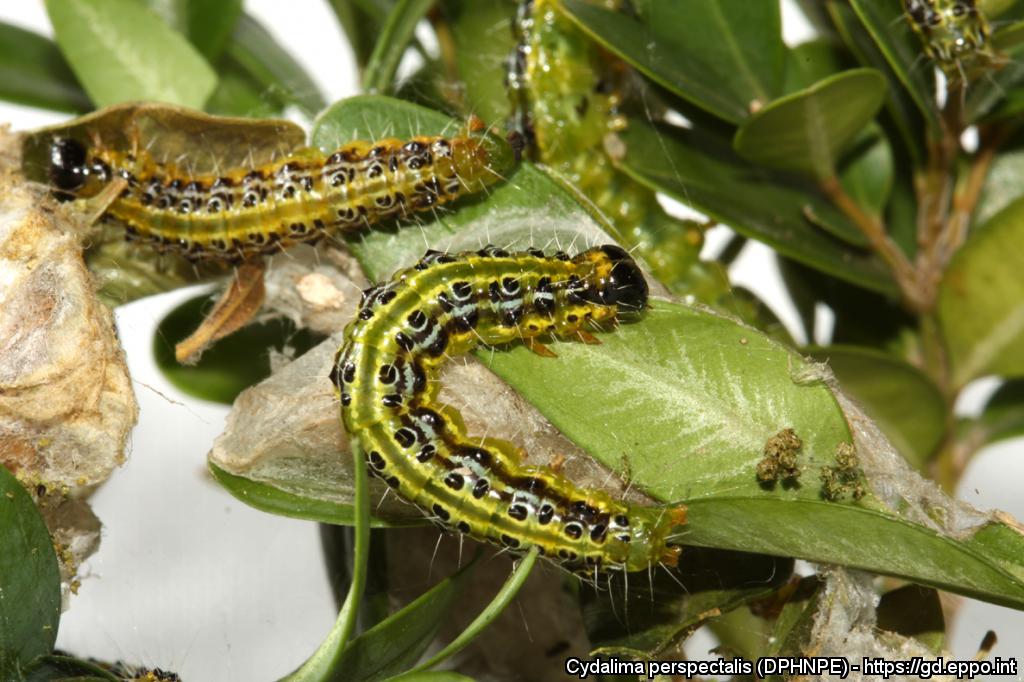 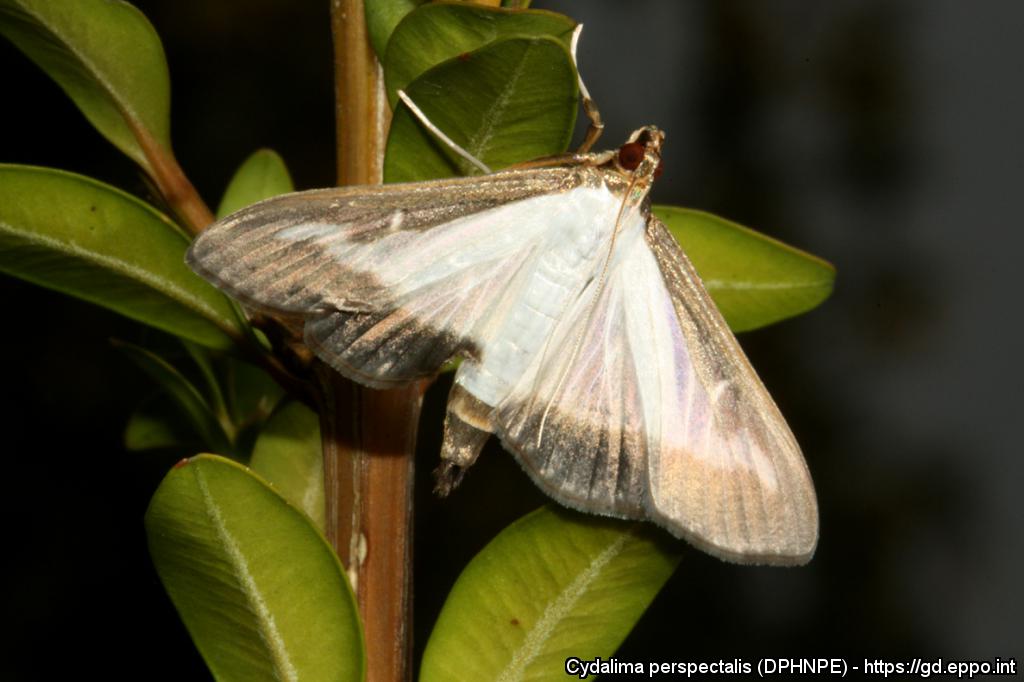 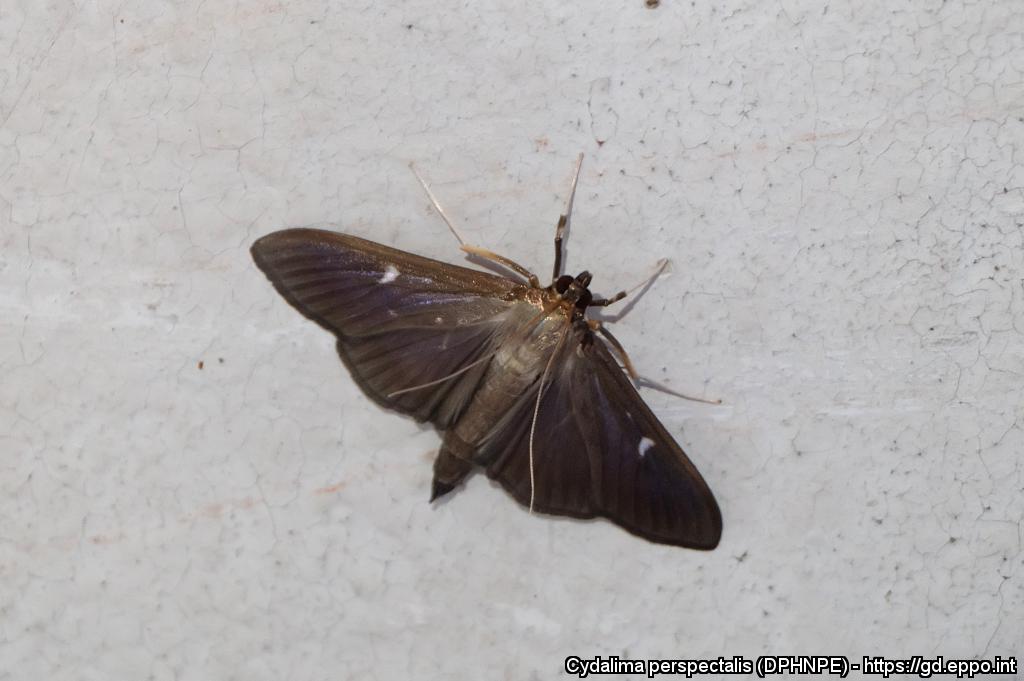 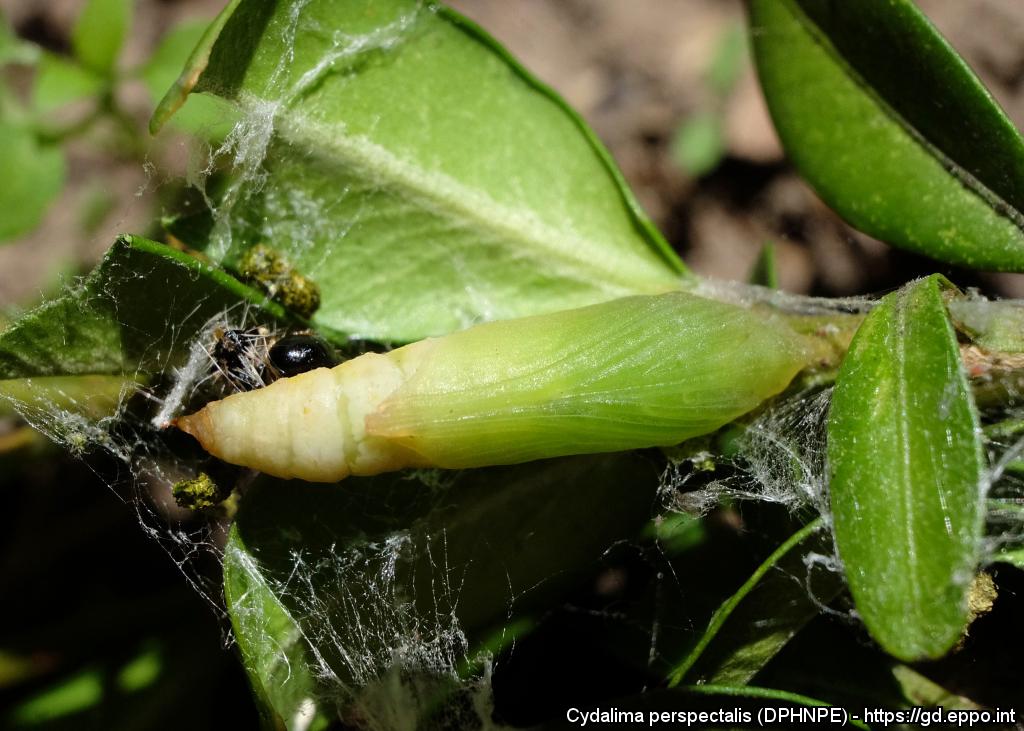 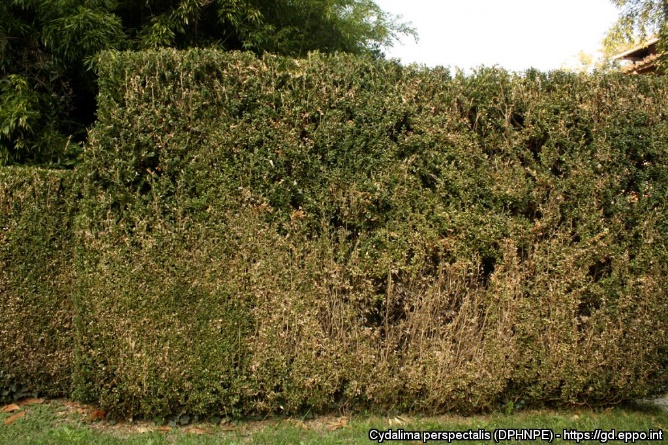 Avelyo fungicide provides control of key diseases including powdery mildews, leaf spots, scab and soilborne diseases caused by Cylindrocladium spp. and Berkeleyomyces spp. (formerly Thielaviopsis spp.). This next-generation demethylation inhibitor (DMI) makes an exceptional rotation partner at any stage of the crop production cycle with no known injury on small plants or plants in flower, unlike other traditional DMI products currently on the market.

“As we continue to expand our solutions, we look for ways to add value for our growers,” said Liz Dunbar, Product Manager – Greenhouse & Nursery, BASF Corporation. “The plant safety of Avelyo fungicide gives growers another rotation partner to use from propagation to market ready plants.”

Growers can learn more about Avelyo fungicide by contacting their local BASF representative.

BASF has introduced Avelyo fungicide for the greenhouse and nursery market. Avelyo fungicide is powered by the active ingredient mefentrifluconazole, providing commercial growers with broad-spectrum protection from difficult diseases with exceptional plant safety.

Sunny skies and rising temperatures have many on cloud nine with anticipation of summertime fun. But for residents in parts of Pennsylvania and beyond, these weather conditions also signal the return of a trespasser that aims to rain on their parade — the spotted lanternfly.

“Egg-hatching season is here, and that has some people on edge,” said Emelie Swackhamer, a horticulture educator with Penn State Extension. Swackhamer added that the pest now has been reported in 34 Pennsylvania counties.

Pursell plans to build a state-of-the-art production facility in Savannah, Georgia, that will expand the reach of its coating technologies across the Southeast and beyond. Strategically located near two rail lines and the country’s No. 1 port for agricultural exports, the Savannah plant will produce controlled-release fertilizers (CRF) for the turf, ornamental, specialty and broadacre markets.

The new facility, to be located at SeaGate Terminals, will complement Pursell’s existing production plant in Sylacauga, Alabama, with a significant increase in capacity and improved access to raw materials.

“Our primary focus at Pursell is to provide growers with the most robust portfolio of controlled-release products available, empowering them with prescriptive, sustainable, and profitable growing solutions,” said Nick Adamchak, Pursell CEO. “Built with innovations like custom release longevities, encapsulated micronutrient mixes and the industry’s largest range of coated substrates, our CRF products create a level of control unlike any other on the market today. We’re looking forward to serving even more fertilizer retailers through the addition of our Savannah plant.”

Unlike other enhanced efficiency fertilizers (EEF), Pursell fertilizers – including PurKote (for use in turf and ornamental), PurYield (for use in broadacre) and PurForm (for use in specialty) – are coated with a uniquely thin, pliable and durable membrane that enables higher nutrient content, more consistent and predictable release rates, and the flexibility to perform in all climates. Additionally, Pursell technology allows for the inclusion of micronutrients and temperature sensitive additives, such as biologicals, growth enhancers and soil health promoters, to optimize nutrient synchronization and plant uptake.

The technology’s ability to help producers increase crop yields while reducing environmental impact to air, land and water led to its recent advancement in the Next Gen Fertilizer Innovations Challenge, a joint partnership and competition from the Environmental Protection Agency and U.S. Department of Agriculture focused on agricultural sustainability.

The Savannah plant is expected to be operational by year end, and further Pursell expansion announcements are anticipated soon.

“As evidenced by the surge in demand that we are witnessing for controlled-release products, customers are hungry for more efficient nutrient delivery that improves crop yields while preserving soil health and water quality,” Adamchak said. “In that respect, we are just getting started.”

The speaker is Lynn Batdorf, retired curator of the National Boxwood Collection at the U.S. National Arboretum. Since 1985, he has served as the International Cultivar Registration Authority for Buxus L.

He has authored three books and more than 50 articles on a variety of boxwood topics. He lectures nationally and internationally to professional audiences. He is an Honorary Life Member of: The American Boxwood Society; the European Boxwood and Topiary Society – UK; the Association Française pour l’Art Topiaire et le Buis.

Here is a summary of Batdorf's presentation: Grown for centuries, boxwood is not always well understood. Gardeners know of its reputation, but find it difficult to describe good growing practices. Professionals search for accurate and detailed information to make appropriate horticultural decisions. This introductory presentation hits the high points of box history, nomenclature, landscape use, physiology, pest & diseases, legend & lore, and in particular, horticulture.

This is the first of four tHRIve presentations from the Boxwood Blight Insight Group (BBIG). BBIG is a team of scientists working together on an USDA National Institute of Food and Agriculture – Specialty Crop Research Initiative (SCRI) project, in partnership with stakeholders and international collaborators.

The next BBIG presentation is Boxwood Breeding & Selection for Blight Resistance, which takes place Aug. 25 at 11:00 a.m. Eastern.

Boxwood (Buxus L. spp., Buxaceae) are popular woody landscape shrubs grown for their diverse forms and broad-leaved evergreen foliage, with an estimated $141 million economic impact in the U.S. alone. Boxwood plants grown in temperate zones worldwide are threatened by a blight disease caused by the ascomycete fungi Calonectria pseudonaviculata and C. henricotiae. While the disease can be mitigated somewhat through cultural practices and fungicides, the most sustainable long-term solution is the development of disease-resistant boxwood cultivars.

This session delves into interspecific breeding and selection of boxwood towards resistance to Calonectria pseudonaviculata.

Learn from Belgian researcher Katrijn Van Laere, who will share the creation of new boxwood cultivars resistant to boxwood blight, based on interspecific hybridisation and an efficient selection bio-assay.

Click here to learn more about the upcoming presentations.